With over 16.000 visitors from over 50 countries and a strong online and social media presence, Austria celebrated a very successful return to the Milan Design Week.

From 9 to 14 April 2019, over 450.000 visitors from all over the world transformed Milano into a design capital. After a two-year break, Austria made a comeback with the “Austrian Design – Pleasure & Treasure” exhibition.

In charge of the display was the design duo Vasku & Klug from Vienna. The unusual, yet very interesting concept placed 42 Austrian designers into the rarely accessible Sala Reale at the Milano Central Station.

The former waiting room of the royal family served as the stage for Austria’s best designs. Among them were the MoonLashes silverware and SinStella crystals collections by Vera Pure.

Italian magazines such as Vogue Italia, gucki.it, Vanity Fair, and Elle Decor also wrote about the exhibition. Numerous Austrian media and the national broadcaster ORF highlighted the success of Austrian design in Milano in their reports. 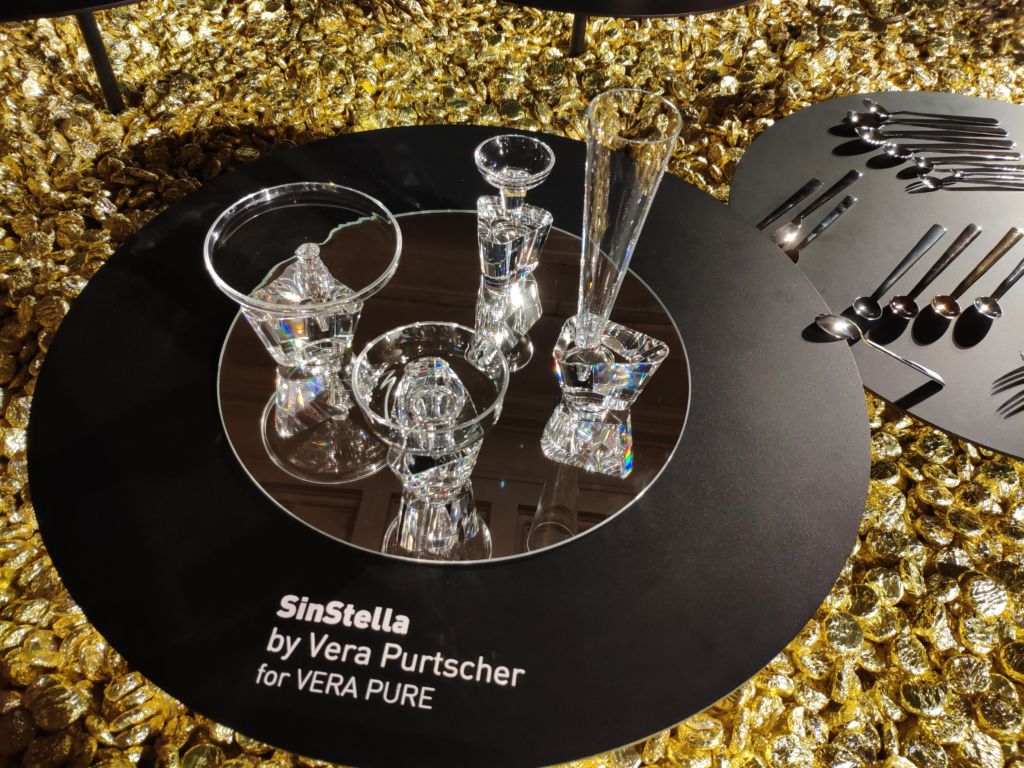 Vera Pure designs were chosen as a part of a hand-picked selection of projects to be included in the only official wedding album of the royal family for Prince Harry and Meghan Markle’s wedding sent to all their guests!